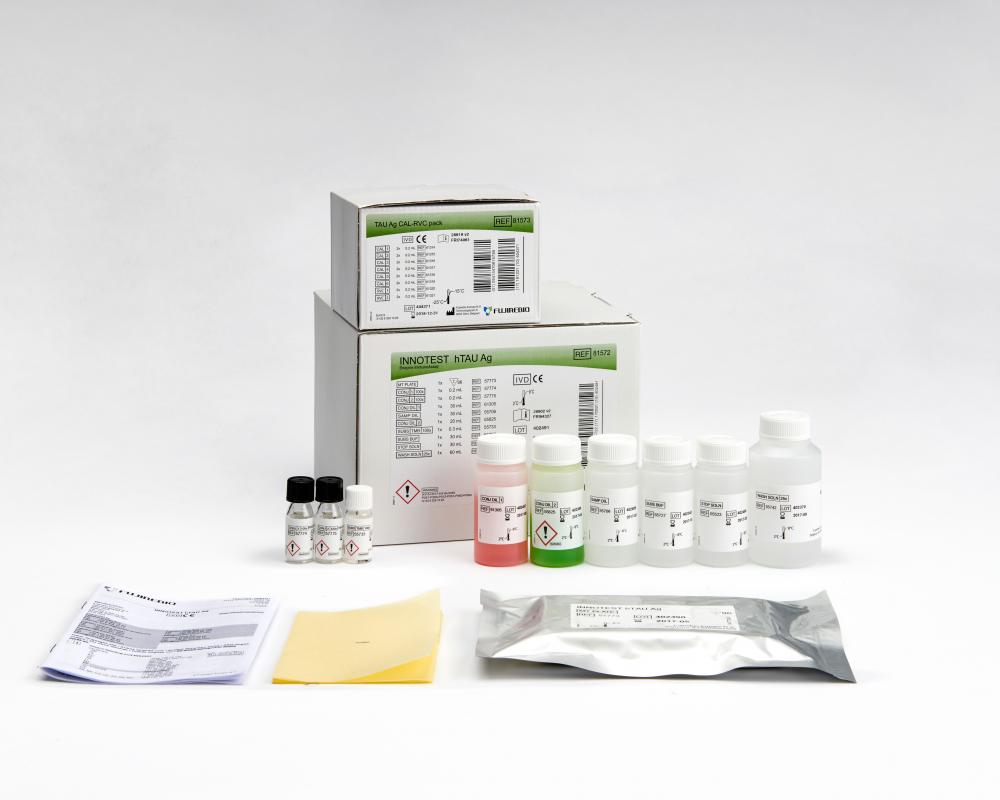 The INNOTEST hTAU Ag is a solid-phase enzyme immunoassay for the quantitative determination of Tau protein in human cerebrospinal fluid (CSF).

This assay measures the biomarker called total Tau, including the six isoforms (352 to 441 amino acids) from the brain.

The combined use of CSF-Tau and CSF-β-amyloid(1-42) marker concentrations allows differentiation between Alzheimer’s disease (AD) and normal aging or other neurological diseases such as depression (1-6).

96 Tests
Contact sales for information and inquiries
Please contact your local Fujirebio representative for the availability of this product in your country.